For many of us, going to bed is one of the greatest pleasures in life, though we ourselves understate it many a time. The selection of a proper bed has become a process which needs careful deliberation as sleep has a direct impact on our mental and physical health. There are many varieties of beds available in the market these days, but none as popular as California King and King Size.

Though both are popular, California King Size is rarer to find compared to King size beds. Due to this rarity, it is usually harder to find its accessories which in turn makes them costly as well.

Another fascinating fact is that the world leader in furniture, IKEA, does not sell California King Size, but they do sell their own customer King size beds which is half inch shorter than the standard King size beds.

In Europe, California King Size is also known as Western king, while the other is known as Eastern or Standard king. 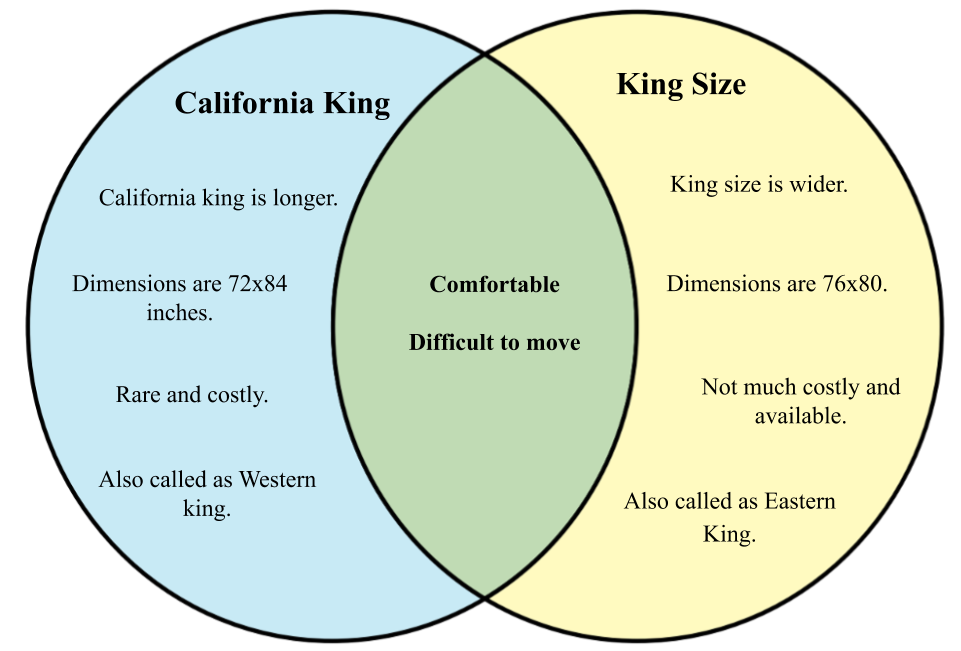