Difference between DUI and DWI

Revision as of 13:57, 8 November 2021 by BelemMar (talk | contribs) (Created page with "thumb|DUI and DWI are often confused between each other. With the ever-changing laws, many people find themselves confused in reg...")
(diff) ← Older revision | Latest revision (diff) | Newer revision → (diff) 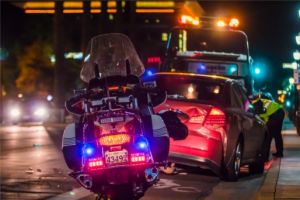 DUI and DWI are often confused between each other.

With the ever-changing laws, many people find themselves confused in regards to the difference between DUI and DWI. The differences between these two vary depending on the state you are in (some states use both terms, others one or the other). Typically, someone arrested on suspicion of drinking and driving will be given a breath test called a blood alcohol concentration (BAC) test. This person may also undergo a urine or blood test. Finally, the police officer performing the arrest usually asks specific questions about how much they have been drinking and when they consumed the one they caught them with. Both DUI and DWI Here you will learn about the similarities between DUI and DWI, what sets them apart.

Driving under the influence (DUI) is an offense that involves driving, operating, or being in control of a vehicle while under the influence of alcohol or drugs (this include stimulants and those prescribed by a doctor) to the extent that the driver is rendered incapable of safely operating a vehicle. The offense may not only include the driving of the vehicle but may also include the operating of a car while intoxicated. For instance, a person who is intoxicated in the driver's seat and holds the car key even when parked may be awarded a DUI because of their position.