Differences between Emigration and Immigration 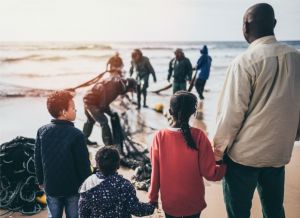 Are emigration and immigration the same?

Emigration and immigration are biological terms used to describe animals travelling from one destination to another. It is also a sociocultural matter, since people can also move from one place to the other. The difference between emigration and immigration is dependent on the habitat of the traveler. Emigration means animals/people leave their habitat for a more comfortable habitat because it doesn't feel comfortable anymore. Immigration, on the other hand, means establishing a new home because the new habitat possesses resources that the animals need. Immigration leads to an increase in the population of the area immigrated to while emigration harms the habitats emigrated. An example of emigration is a person moving from Latin America to the United States; the person is an emigrant to Latin America and is an immigrant to the United States. Immigration and emigration are similar as they both mean movements, but their differences are based on the perception of individuals; whether they leave or arrive to a place.

Immigration is coined from the word immigrare, which means to go into. Immigration is a compassionate issue in our ecosystem, and it has to be regulated to keep animals safe for a longer time. There are many reasons for animals to immigrate from one habitat to another; these include wanting better food, suitable weather conditions, etc. Basically, same applies for humans: people arrive to a new place, leaving their everything behind. Is is a political, sociocultural and economic matter.

Emigration is used to describe an animal leaving its habitat for a new habitat. Emigration is coined from the word emigrate, which means to move. Emigration could have a positive impact on an environment, but at times it affects the environment negatively. Emigration could make the animal's new habitat oversaturated, which in turn makes survival difficult. As for human beings, emigration is an important matter: many people every year leave their homes in the pursue of better living conditions. 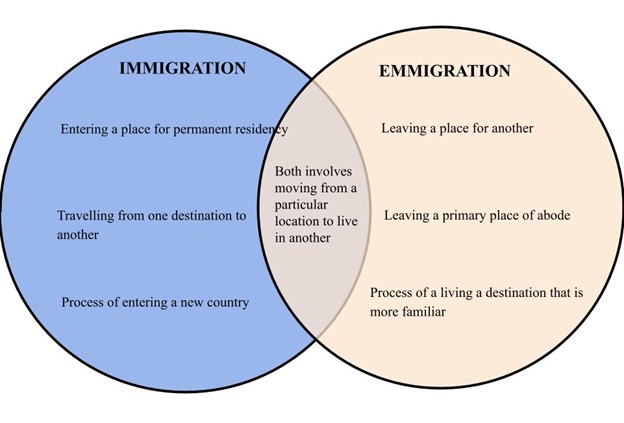