Revision as of 13:28, 3 September 2020 by BelemMar (talk | contribs) (Created page with "thumb|Tecolote. Tecolote is the name some species from the Strigiformes order receive. More specifically, some owls that are or...")
(diff) ← Older revision | Latest revision (diff) | Newer revision → (diff) 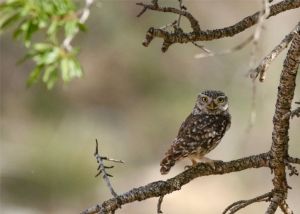