Difference Between Cannabinoids and Terpenes 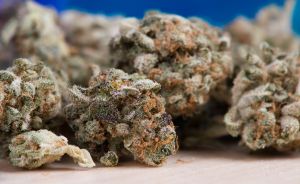 What is the difference between Cannabinoids and Terpenes

As the legality of marijuana has started to become more widespread, so does the research regarding its properties and components. For years, people have focused on topics like CBD and THC, which are cannabinoids. Now that there have been more types discovered, it is not surprising that a new component has been encountered - the terpenes. In this article, we will list the differences between cannabinoids and terpenes in lieu of marijuana.

Cannabinoids are components that can be found in the cannabis sativa and is primarily responsible for its different effects such as reduction of pain, anxiety, depression, and stress. They can be divided into several classes, including CBD who is valued for its wide range of medical benefits and THC who is more known because of its “high.” When applied, a human’s central nervous system reacts to cannabinoids and thus experiences the various effects.

Terpenes are a component found in marijuana. However, it can also be found in other plants. Terpenes is believed to be responsible for the different aroma profiles and flavor notes in various cannabis strains. It is also believed that it has synergistic elements with cannabinoids - meaning that terpenes, when taken with cannabinoids, work in greater conjunction together as opposed to separate use. This phenomena is known as the ‘entourage effect.’ 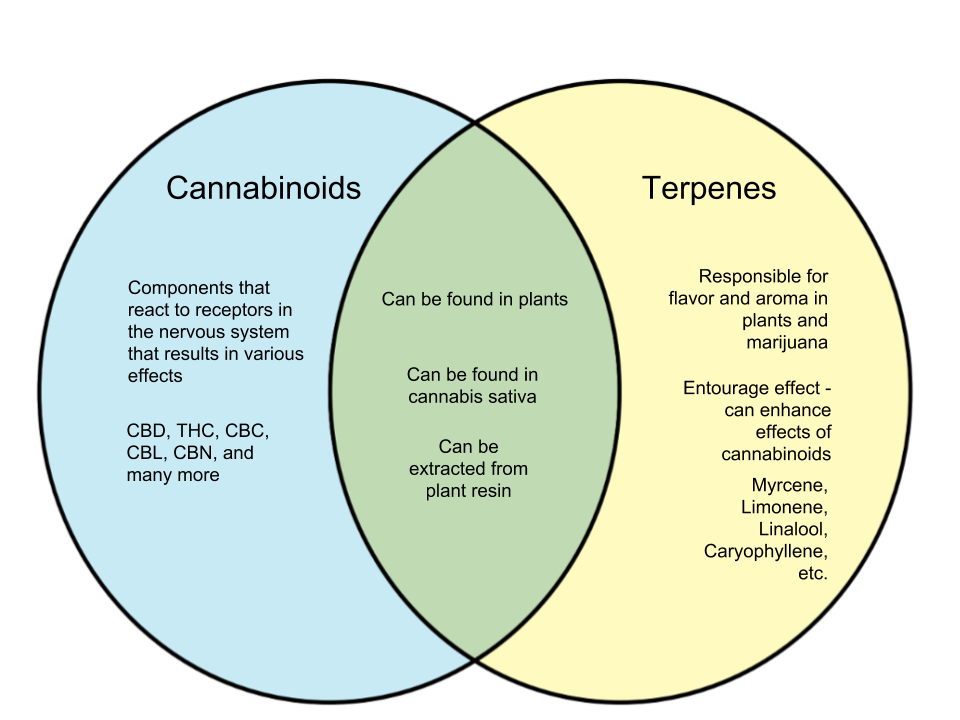