Difference Between RAID 5 and RAID 10

RAID, or “redundant array of independent disks,” comes in different variants like RAID 0, RAID 1, RAID 5, and RAID 10. This data storage virtualization technology enables results like performance improvement and/or data redundancy. Here, we will see how RAID 5 and RAID 10 differ from each other.

RAID 5 is the most common secure RAID level and uses striping with parity. Because of this function, a single drive failure will not result in losing data or access to it since it allows recovery. RAID  5 does not have any mirroring or redundancy, but it does have tolerance through the parity information. While reading is fast with RAID 5, writing can be a little slower due to the need for calculation with the parity information. It is an excellent flexible system that puts together efficient storage and security along with a decent performance.

RAID 10 is the combination of RAID 1 and RAID 0 and is a nested or hybrid RAID configuration. It uses both mirroring and striping to combine the advantages and advantages of the two RAID levels. It is fault-tolerant - in case of failure from any of the drives, the data can be rebuilt by copying it over from the rest of the disks. Both reading and writing are fast because they are accomplished in different drives and thus can be completed in parallel. 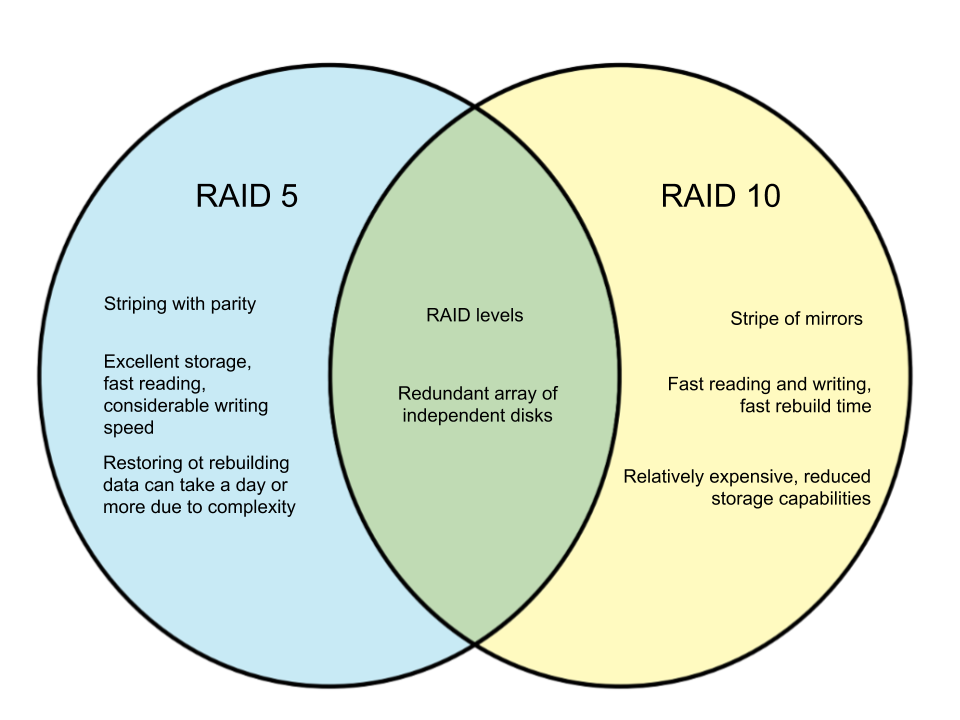