Difference Between Sashimi and Sushi 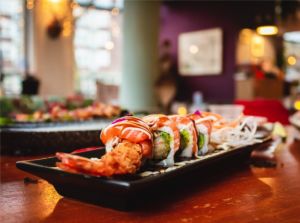 Sushi and sashimi are Japanese food.

Japanese cuisine features a diverse range of dishes to offer, including the popular sashimi and sushi. Despite their worldwide fame, however, people are still likely to be confused between the two. In this article, we will discuss the differences between sashimi and sushi.

Sashimi is very fresh and raw ingredients that are sliced very thinly, to be served as is. While many think that sashimi is synonymous with thinly sliced raw fish, that is actually inaccurate. Sashimi makes use of a wide selection of ingredients aside from seafood such as chicken, beef, bean curd, and even horse. Sashimi can be enjoyed as it is or with a dipping sauce consisting of ponzu or soy sauce. Wasabi, grated ginger, and shiso are also some ingredients that can be incorporated with eating sashimi. Due to its raw components, however, there are still many who are reluctant to eat sashimi for risks of foodborne illness.

Sushi is a Japanese dish is prepared vinegared rice flavored by sugar and salt, accompanied by different ingredients like seafood, meat, and seasonal fruits and vegetables. Seaweed is often used to wrap sushi and improve the flavor. Ingredients like soy sauce, wasabi, pickled ginger, and pickled radish can also be used to accompany sushi. Unlike sashimi, this type of dish is not exclusively composed of raw ingredients. In fact, there are many ingredients in sushi that are cooked before assembling the dish. 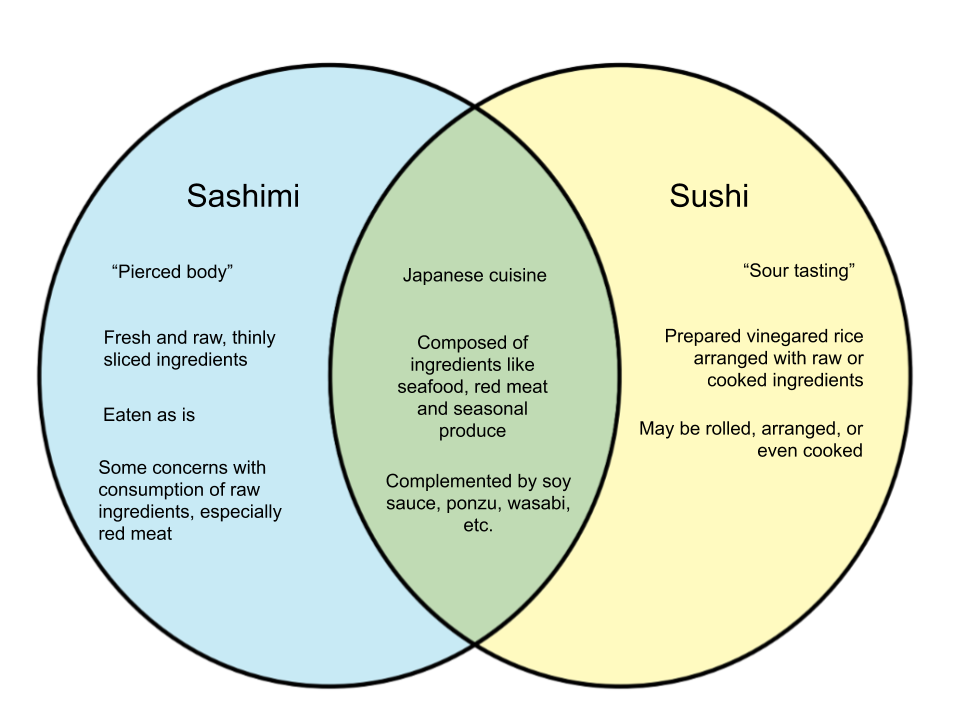