Difference between Analog and Digital

Analog and digital are terms that sometimes come up when technology is involved. In media, we may sometimes hear a character say they prefer analog to digital, or vice versa. Here are the differences between the terms analog and digital.

Both analog and digital refer to the types of technology, as well as signals. These signals transmit information which are transformed into electric signals.

Analog signals are such wherein information is continuously transmitted using a variable physical quantity. In the past where technology is not the same as it is today, measurements were made using physical references - time is represented by the movement of the hands of a watch, and electric currents are measured using a moving-coil meter. The term analog lends itself from the word “analogy”, which means a representation or comparison. While that may seem far from the concept of digital technology, analog is not simply an antonym of the term. It’s simply that words, pictures, sounds and other information are stored, measured or processed as a representation of something.

Meanwhile, digital technology translates information into binary formats - zeroes and ones. Each bit represents a particular amplitude. In short, all forms of digital measurements are in numbers. Cellphones record one’s voice and converts them into numbers, sending them in that form to the recipient through radio waves. Messages are encrypted. Files are bundles of code. Whatever process goes through digital signals, they are all moving in the form of numbers. 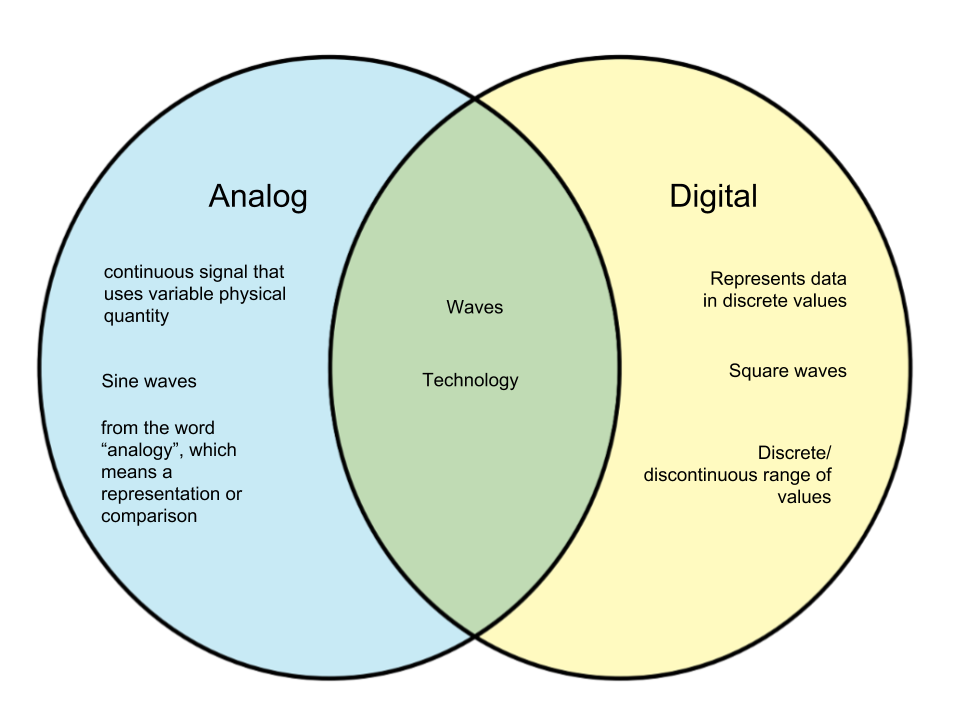