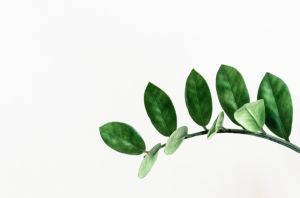 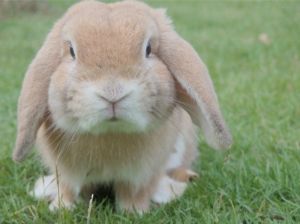 Plant cells and animal cells have many similarities, but have vast differences as well. For example, the plant cell has a regular rectangular shape, while the animal cell has an irregular circle-like shape. Both cells are eukaryotic cells and therefore both have similar organelles. This article is going to compare and contrast both cells and define their most relevant traits.

The chloroplast in plant cells facilitates the production of energy through a process called photosynthesis. There is no chloroplast in an animal cell; the animal cell obtains energy from glucose through a process called cellular respiration. In terms of structure, all animal cells have centrioles while only lower forms of plants have centrioles. Plant cells are surrounded by a rigid cell wall that encloses the cell membrane but this is absent in Animal cells. However, animal cells have one or more small vacuoles responsible for storing water, ions and waste while plant cells have one large central vacuole responsible for storing water and maintaining cell turgidity.

Both cells have a cytoplasm which is a jelly-like fluid that supports the cell organelles. Ribosomes and mitochondria are also present in both cells with the former making protein to support cellular function and the later producing energy for cellular use. 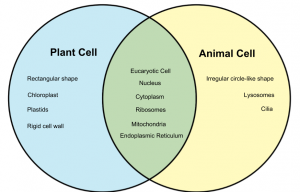