Difference between AutoCAD and SolidWorks 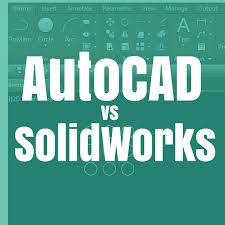 We all have stood in awe of high-rise buildings, giant architectural wonders and despite their magnificence, we all have pondered as to how they got every minute detail right. Is there some kind of sorcery involved? We do not know about ancient times, but nowadays there are tools such as AutoCAD and SolidWorks which allow the engineers or builders to prepare a blueprint or a plan, which is probably the first step towards making a flawless structure.

Developed by Autodesk, AutoCAD is a computer aided design and drafting application whereas SolidWorks is more of a solid modeling tool, published by Dassault systems. Later on, Auto desk introduced a software called Inventor to compete with SolidWorks in the market.

SolidWorks is primarily chosen for 3D design applications, mostly parametric, which means that the dimensions have a relationship with each other. AutoCAD on the other hand is known for its 2D design capabilities, though it has limited 3D applications.

Another factor that sets them apart is the kind of audience that both this software caters to. SolidWorks is used by manufacturing or mechanical engineers who rely on parts that are machined by hand whereas AutoCAD is mostly used by architects and builders. 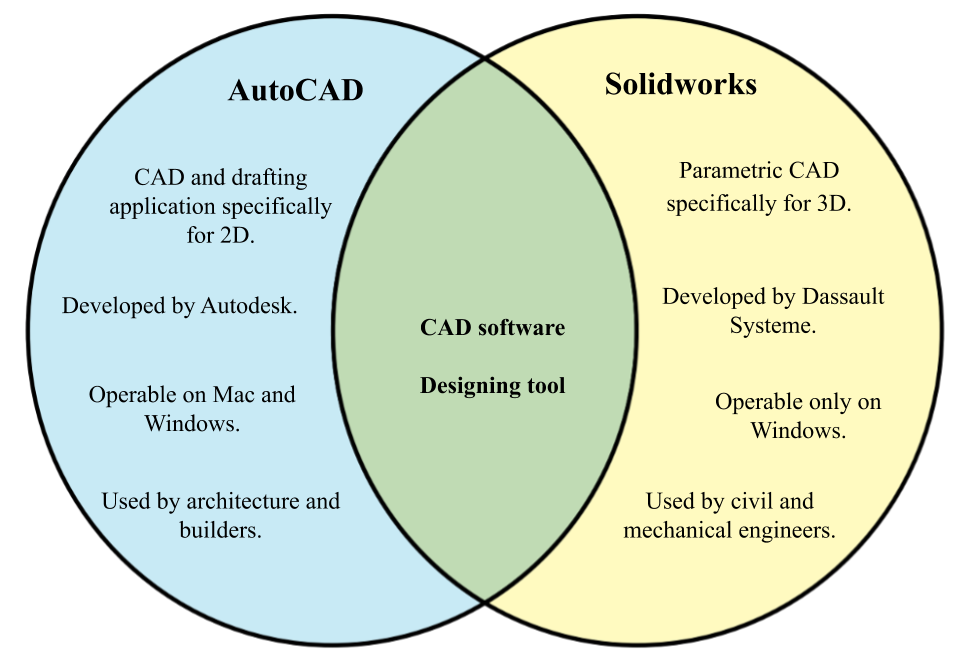