Difference between Bourbon and Whiskey 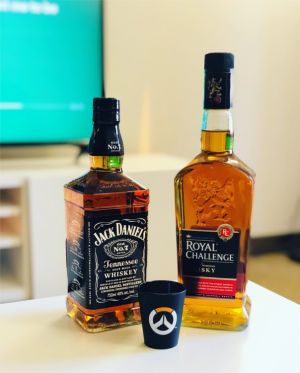 Whisky, whiskey and bourbon are not the same thing.

There is a popular term that says "All bourbon is whisky but all whisky is not bourbon". It means that Bourbon is a special type of whisky, more specifically an American whisky. However, that is not the only difference between them. Their distillation methods, content, taste and preparation sites are also different. An important thing to know is that whisky is the name of the Scotch beverage, which has a appellation of origin. If written "whiskey", the beverage might be Irish or American.

Bourbon is an American whisky, it is a barrel-aged distilled liquid that is specifically made from corn. The corn proportion is usually around 51%, but it can also be as high as 70%. Colors and additives are not added to bourbon. However, it is an aromatic and flavourful beverage. Back in the 1900s, bourbon was considered a commodity spirit with a bitter taste and cheap in price. Later, Bill Samuels Sr. created its special recipe, which changed the bourbon landscape for better.

It is a distilled alcoholic beverage that is made from fermented grain mash. The variety of grains include barley, corn, rye, and wheat. Whisky is aged in oak wooden barrels preferably which are charred. Whisky is manufactured all over the world and available in many popular styles including Scotch whisky, Irish whisky, and American whiskey; and their flavor varies from each other. 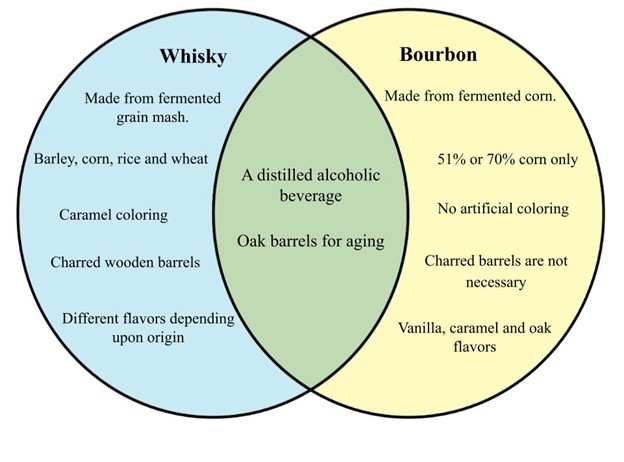