Difference between Democracy and Dictatorship 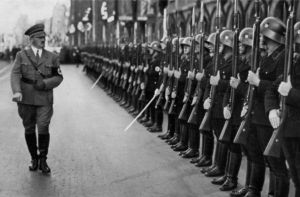 There have been several dictatorships along human history. 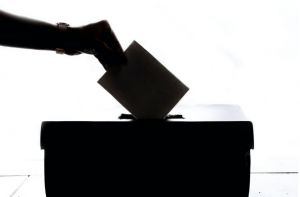 Democracy and dictatorship are "opposite" concepts.

Democracy and dictatorship are diverging systems of governments that are forever at odds with each other. Democracy is considered by many as the ideal government system. As for dictatorship, the majority thinks it's far from ideal, although it has some believers. Dictatorship is often thought as something "from the past", although there are still some standing dictatorships nowadays. The majority of the countries are led by democracy. Both have major differences between them.

It is a government system which is chosen by the majority of the population with the help of their votes. Democracy representatives are elected in a process named election. There are different political parties in a democracy system, each with their own unique points of view and political philosophies, which will be followed by those who coincide with their system of beliefs. These supporters will become voters. The party which get the most votes, becomes the ruling party and its representatives often get positions ranking from very low, to president or PM. Such leaders are responsible for their own parties as well as their voters (and whatever they represent: a country, a village, a town, etc). Confronting the winning party is the opposition, that delivers its opinions and criticizes government at their weak points or when they fail to deliver. Democracy system have little power on how citizens spend their life and use available resources.

It is a government system which is chosen by a single person or group of people to wield the power. Such system has no limitations to constituency and there is no concept of vote or election. There is no concept of political parties here, there is only one party which is the ruling party. It tightly controls all of the aspects of the state. Rights of citizens are disregarded in dictatorship also limiting the media freedom. The control over state and citizens is hold through law, police force and spying. There is no opposition in dictatorship, and if there is, it is often "suppressed". 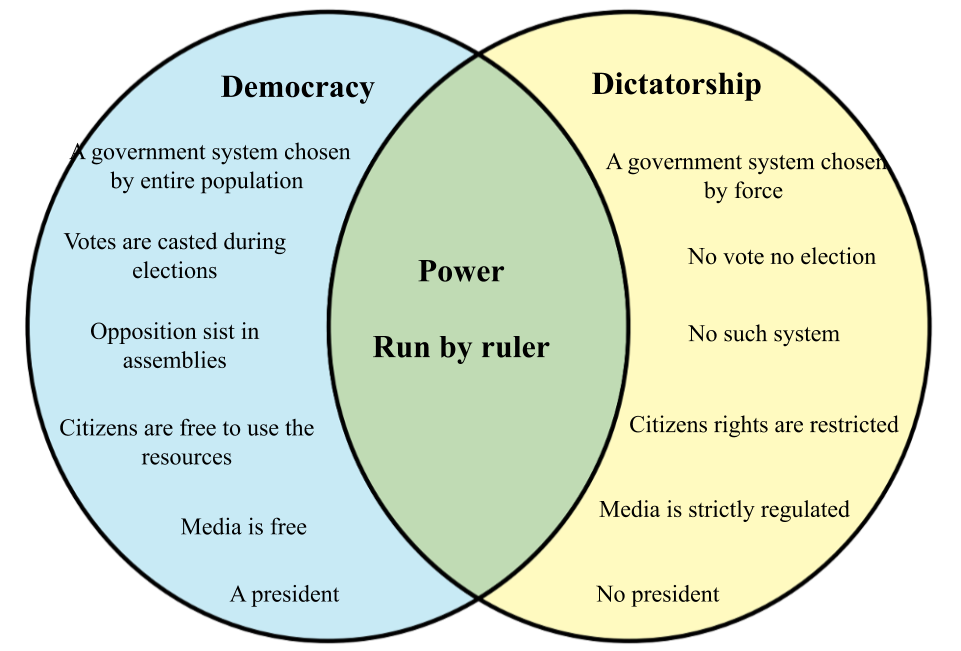