Difference between Disneyland and Disney World 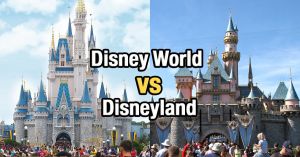 Disney World and Disneyland are two different Disney theme parks. Although they look similar and both have common features as well, there are key differences among them. Both of these have fun activities for people of all ages, these activities which are common to both theme parks include thrilling rides, delectable food, a joyful atmosphere that let people enjoy and bring some memories of childhood back.

A vacation to either of these parks would be a wonderful idea. But before making plans, lets discuss some few key differences between both parks.

Disneyland is located in Anaheim, California. It was the first Disney themed park, opened in 1955. Disneyland is smaller than Disney World. It has two theme parks; Disneyland Park and Disney California Adventure Park. You can find exclusive and thrilling rides such as Mr. Toad’s Wild Ride, Matterhorn Bobsleds, Finding Nemo Submarine Voyage and Mickey’s fun Wheel etc. Disneyland has the amazing Sleeping Beauty Castle, which is one of it's main attractions.

Disney World is also called Walt Disney World. It is located in Lake Buena Vista and Lake Bay, Florida. It is considerably larger than Disneyland having four theme parks (Magic Kingdom, Epcot, Animal Kingdom and Hollywood Studios) and two water parks (Typhoon Lagoon and Blizzard Beach). Disney World was opened to the public in 1971. Amazing and thrilling rides that are available here include Pandora The World of Avatar, Seven Dwarfs Mine Trail, Spaceship Earth, Kilimanjaro Safaris and many others.

Being the biggest park, it offers restaurants and dining facilities that are considered as some of the best dining services in the country. Furthermore, Disney World has the world known Magical Kingdom, whose central masterpiece is the, even bigger than the Sleeping Beauty castle, Cinderella’s castle. 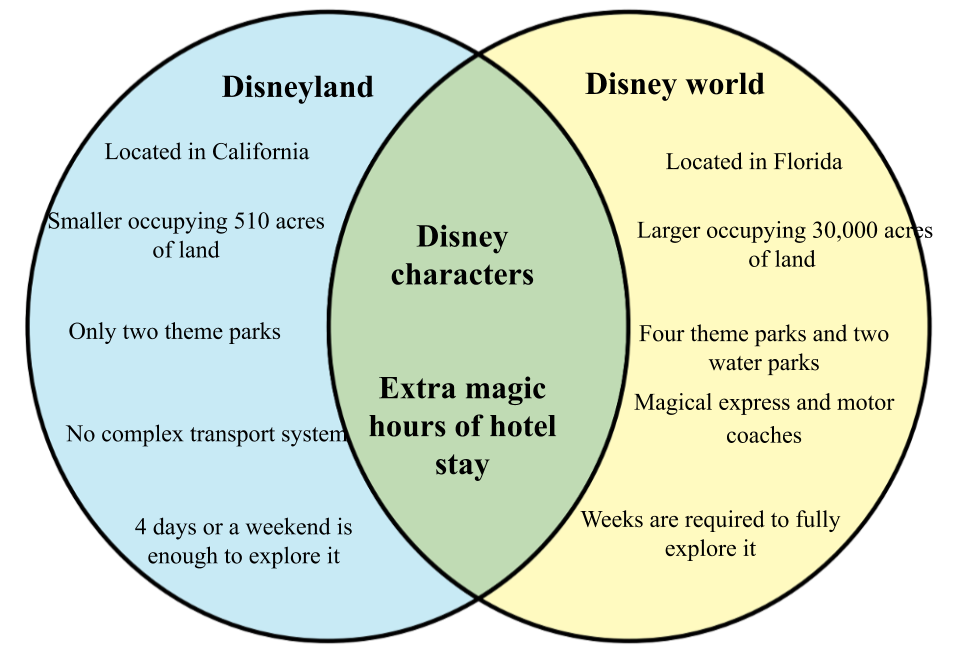