Difference between Fiddle and Violin 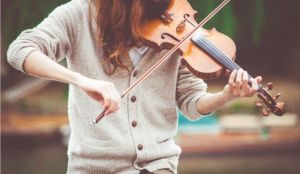 Do you know the difference between a fiddle and a violin?

Fiddle and violin are both musical instruments that have the same physical appearance. Regardless of this, these two musical instruments are not the same. There exist some variations in their use and in the style of music people play with them. Likewise, the setup of a fiddle is different from that of a violin.

A fiddle is a musical instrument that looks like a violin. However, unlike a violin that has "limited" usage, you can use the fiddle in a wide variety of music styles. It is mainly used in music styles such as country, folk, Cajun, and bluegrass. Fiddles generally have four strings; however, there are fiddles with one extra c-string.

Fiddles are mainly used by players who prefer a flatter bridge compared to the arched bridge of a violin. This allows them to produce two notes (or more) at a time. Playing a fiddle also gives the player the freedom to choose the playing style and not play as dictated by the music composer.

Violin is a four-string instrument that is considered by some quite "limited" within its wide range of styles. It is common in genres such as chamber music, classical music, orchestra, and symphonics. Violin playing requires more technicality than fiddle. The uniqueness of the violin is that the player can't really deviate from the composed music.

Likewise, violin, when handle by an expert player, express clear note and treble reading. This is unlike the fiddle, which can be flat to produce double notes. In short, the violin focuses more on accuracy than the fiddle that focuses on the melody. 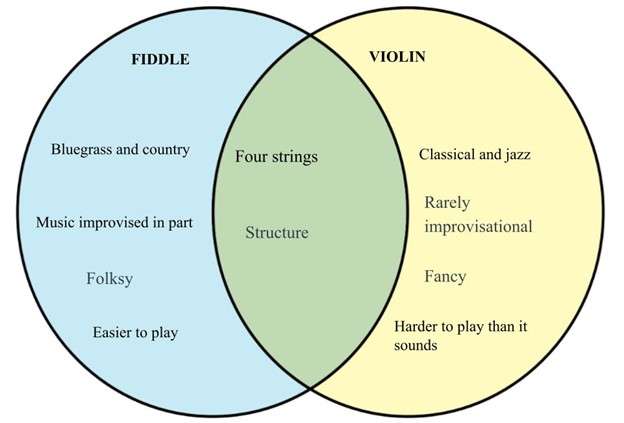