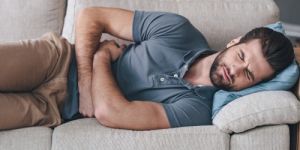 Stomach pain is a symptom in both conditions.

A loved one is complaining about abdominal cramping, diarrhea, and nausea. There are many possible reasons. These same symptoms apply to a variety of illnesses, including food poisoning and stomach flu. There are many who tend to self-diagnose and follow their own beliefs in treating the symptoms, but approaching it wrongly may prove fatal. Here are some differences that can help distinguish between food poisoning and stomach flu, to help mitigate the ailments before heading for medical assistance.

Both food poisoning and stomach flu can be identified through symptoms like those stated above, as well as vomiting, watery excretion, and headaches. However, they also have symptoms unique to each ailment. A stomach flu, also known as a stomach virus or viral gastroenteritis, is known to possess symptoms like dizziness or lightheadedness, a light fever, loss of appetite, muscle aches and weakness. Aches in stomach flu tend to be dull as opposed to food poisoning. On the other hand, food poisoning exhibits a relatively heavier fever, inability to keep liquids down, a high oral temperature, blurry vision, or even bloody stools.

Stomach flu can be caused by viral infections attacking the digestive system, and has several strains. It is highly contagious and spreads rapidly. Consuming contaminated food or drinks and having direct/indirect mouth contact with an affected person or object can cause transmission of the virus. This illness possesses an incubation period of one to two days following exposure to the virus. Effects can linger for two to three days. Diagnosis and treatment varies with the strain and symptoms.

Food poisoning happens when one consumes improperly prepared, stored or handled food. Bacteria, viruses, and parasites are the direct causes of the sickness. Symptoms may show up suddenly weeks after eating contaminated food. Food poisoning can have more severe complications especially for those with a weaker immune system. This sickness has a quicker rebound rate than stomach flu.

It is important to be able to identify the right sickness to treat it more effectively. However, the best way to handle an ailment is to seek medical attention to get the best diagnosis and treatment before it gets worse. 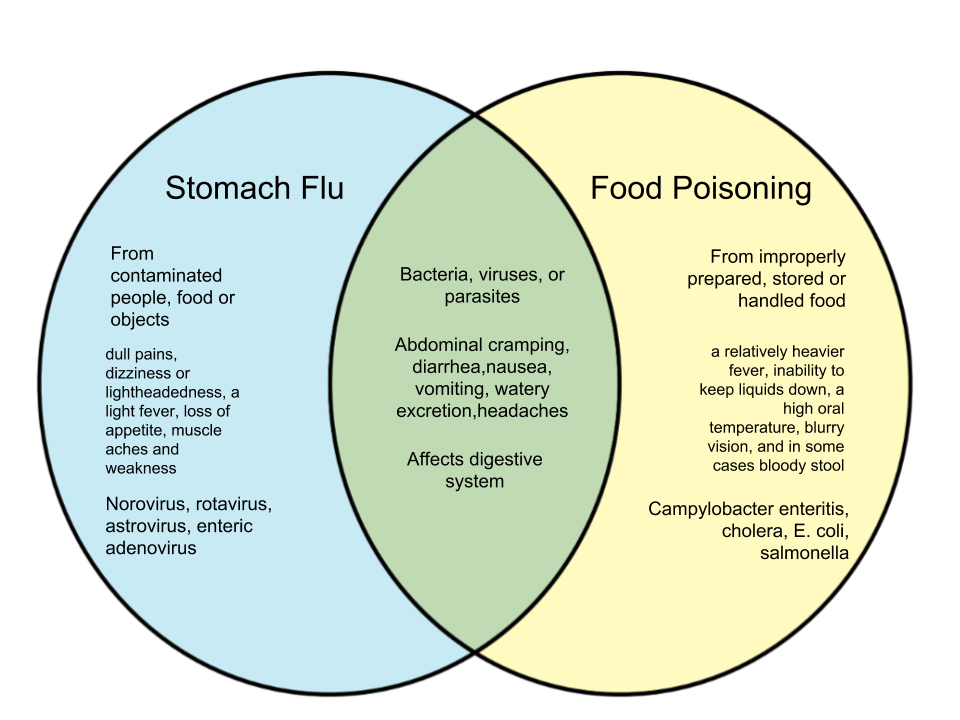