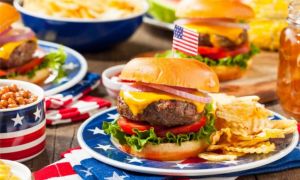 This is an example of American food 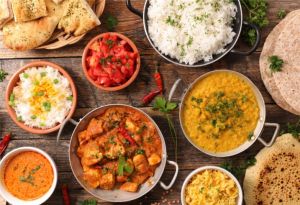 When you think of American food, the first thing that comes to mind is burgers, fries, and pizza. When you say Indian food, you think of hot and spicy dishes. That impression isn’t far off, but there’s more to to American and Indian cuisines than what meets the eye. Here are more distinctions between the two.

American food has a broad range due to the influences from different cultures. This includes fast food burgers, Italian influences like pizza and lasagna, Chinese food, and Mexican food like tacos and burritos. While the health fad has changed some things in American cuisine, the culture of processed foods and ingredients is still ever present. On the other hand, Indian food is more inclined towards fresh and homemade dishes. Their herbs and spices are also fresh, as opposed to American food that still uses a lot of artificially developed products and processed ingredients.

American food includes a lot of meat, while Indian food is mostly plant-based. Indians put a lot of attention into nutritional intake in the form of food in its natural state. American food is mostly cooked with gas or an electric appliance, with the exception of some like barbeques. Indians cook using fire from selected wood based on their effects, and make use of earthenware pots.

Most of the distinct staples in American cuisine are meat and potatoes, while Indian food revolves around spices, vegetables, coconut and chutney. Indian food is also more inclined to include rice in its dishes. As for cooking methods, Indian food mirrors a combination of techniques passed on by past generations. Examples of such are Kashmiri and Bengali styles of cooking. On the other hand, American food tends to focus on frying, boiling, and baking, as well as methods borrowed from other cultures. 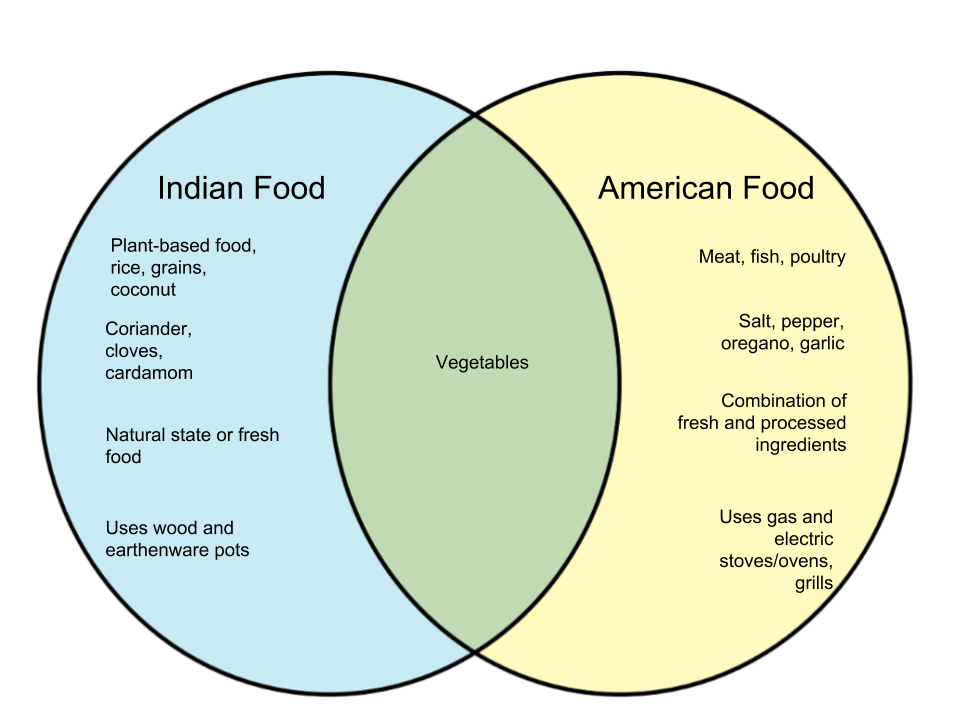