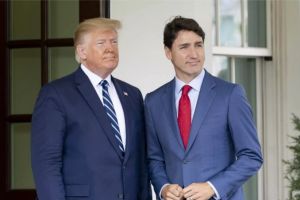 Many people pay attention to politics, whether local or global. Two of the most well-known individuals in the world of politics are Donald Trump and Justin Trudeau. Here are some differences between the two.

Donald John Trump is the present President of the United States of America. He is the 45th President holding this position, and is presently part of the Republican political party. Before his presidency, Trump was a real estate developer, TV host and producer, and a notable businessman.

Justin Trudeau is the 23rd Prime Minister of Canada, and is also known as its second youngest prime minister. Before his involvement with politics, Trudeau worked as a teacher and also completed programs in engineering and environmental geography. Justin Trudeau is part of the liberal party of Canada.