Difference between Love and Infatuation 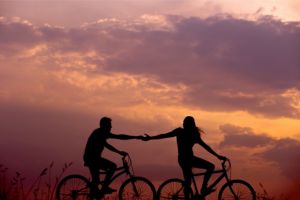 Love and infatuation are very similar, although not quite the same.

Infatuation and love are two intense emotions that an individual feels for another. These feelings are not the same but they are often confused for each other. Here are some comparisons of the two emotions.

Infatuation can be defined as a state of being completely engulfed by an unreasonable passion or desire for another individual. Love is an emotion that can be described as a feeling of intense affection towards another person. The initial symptoms of infatuation include wanting to always be around that person, anxiety, intense sexual desire, panic and jealousy; while the symptoms of love in the beginning could be the same as that of infatuation but later turns to feeling an emotional attachment, confidence and affection. Love usually comes with no reason, it usually brings along mixed emotions and may be caused by physical attraction, compatibility, etc. Infatuation on the other hand is usually due to an intense physical attraction and sexual desire.

Infatuation might feel like love but it is not quite as pure and unconditional like love. Love on the other hand is more understanding, forgiving and has a mature acceptance of imperfections. Separation weakens the feeling of infatuation and in contrast, strengthens the bond of love. Separation causes pain in both cases but love develops more with time. True love between two people can with time develop into a long term commitment while infatuation seldom grows into any form of commitment. Infatuation is usually common among teenagers or adolescents. Love has no age and generally people can be in love at any age, although real love stories are known to happen above the age of 20. The bottom line is that Infatuation is fleeting and often delusional. Love is unconditional and lasting. 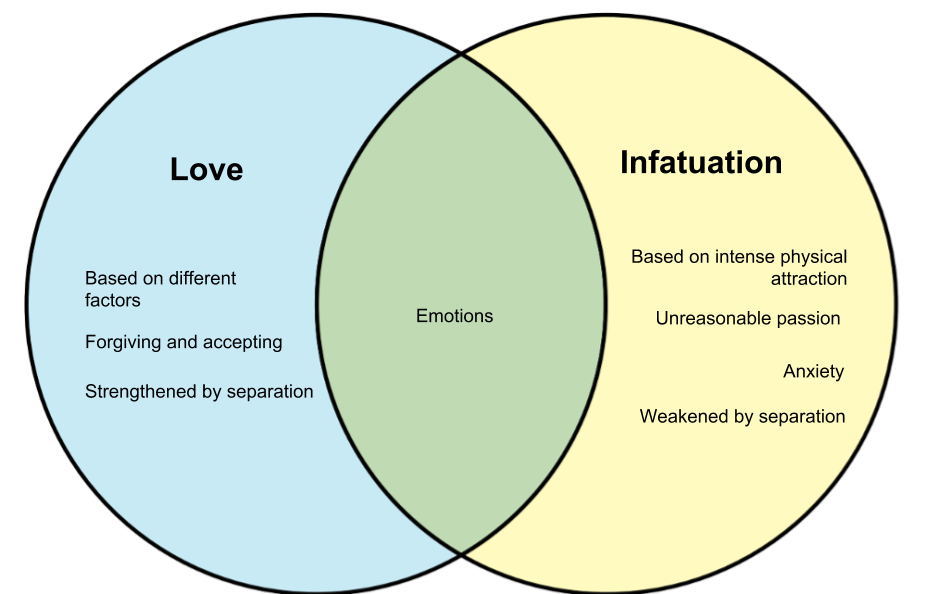