Difference between Medicare and Medicare Advantage

Medicare and Medicare Advantage plans are both regulated by the Federal Government and private insurance companies respectively, within the US. They both have almost similar advantages and perks for the citizens who are at or above 65 years of age or are suffering from some disability or diseases such as End Stage Renal Failure. But there are some technical differences that are best be known, lets dig them out.

Medicare is also referred as Original Medicare, as it was introduced back in 1965. Medicare plan is "accepted" by many physicians and patients (or the insured) does not need to choose any specific physician, doctor or hospital to get the Medicare benefits. Originally, it has four parts, part A for hospital care, part B for doctor visits, lab tests and outpatient services, plan C is also called Medicare Advantage Plan that is the combination of both part A and part B, and part D which is for prescription drugs.

The federal government of the US has set premiums, deductibles and coinsurance amounts for part A, B and D.

Medicare Advantage is also called part C of the Original Medicare plan. This plan contains all the coverage of part A and part B of original Medicare in addition to other coverages as well. This also offers prescription drug coverage. It was introduced back in 1995. Medicare Advantage includes few plans which are Health Maintenance Organization Plan (HMO), Preferred Provider Organization Plan (PPO), Private Fee For Service Plan (PFFS) and Special Needs Plan (SNPs).

Medicare Advantage is not accepted by every physician or hospital; it has restricted choice of medical providers. Instead of paying 20% under the Medicare Plan, beneficiaries of Medicare Advantage Plan have to copay a set amount for their medical visits and all. 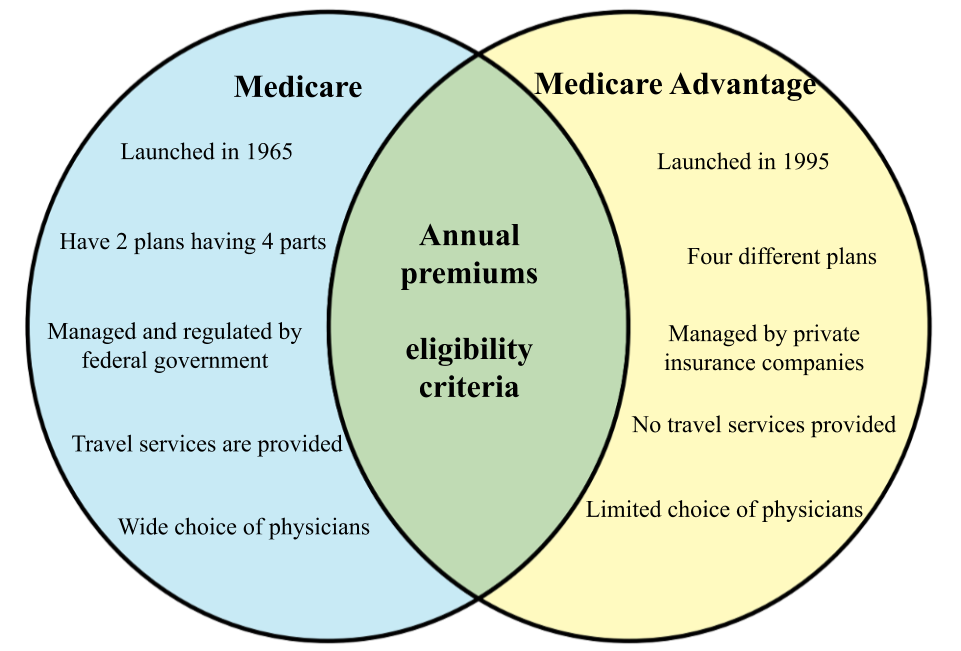