Difference between Mexican and Spanish Food 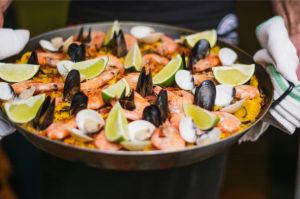 Paella is most likely the most popular Spanish dish 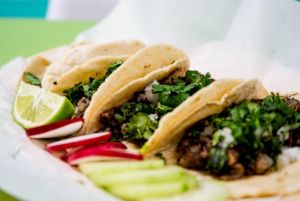 Mexican tacos are known all around the world.

Spanish and Mexican cultures are so closely related that we often confuse one thing for the other. This also includes their cuisine, which at a glance may almost seem like they came from the same place. In this article, we will highlight the differences between Spanish and Mexican food.

Spanish cuisine has its roots from European cuisine, sporting a Mediterranean style that makes use of seafood in many dishes. The wide use of seafood as well as the Middle Eastern influence is one of the biggest distinguishing factors between Spanish and Mexican food. Spanish food is considerably milder, employing less use of spices and relying more on complexity of flavor. Saffron is also a widely used ingredient.

Spanish cuisine is also influenced by the different cultures that had passed through over the generations, such as the Arabs, Persians, Romans and Indians. Another thing worth noting is the preparation of tortillas. Whereas Spanish tortillas are made with eggs like an omelette, tortillas in Mexico use corn flour and are in the form of flatbread.

Mexican cuisine is influenced by Spanish culture, but is also mainly based on Mesoamerican cooking. It does not use as much seafood but relies on land meat like chicken, pork, and beef. There is a wider array of spices in Mexican cooking and their dishes are generally stronger and spicier than Spanish food. 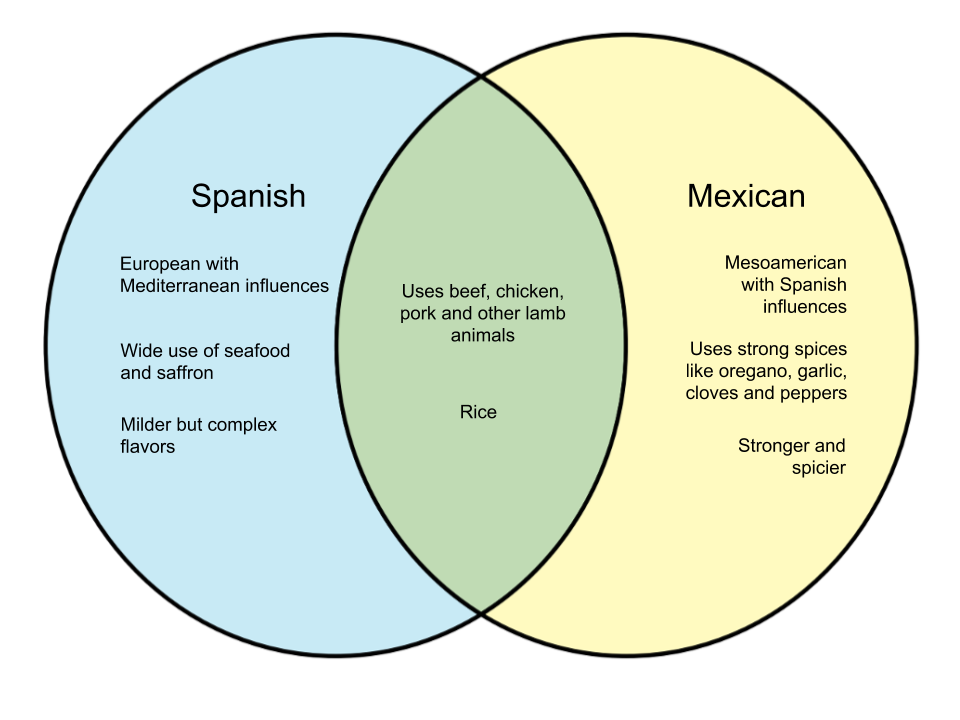