Difference between Mold and Mildew 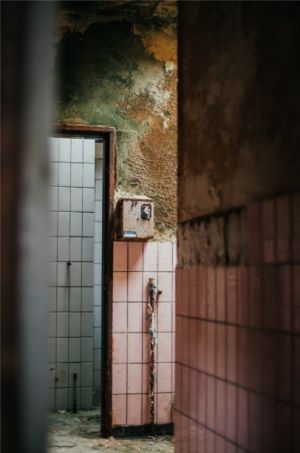 Mold and mildew are very similar, but not quite the same.

Mold and mildew are the fungi which thrive in moist habitat. They are found commonly in homes in damp areas especially where there is water damage. If they are left attended, they will definitely damage the property and cause health and structural problems. No matter how much you care for cleanliness of your home, they still manage to grow somewhere. Although both are fungi but they have some obvious differences as well, such as the musty smell of mildew. Both of these can affect the plants as well as human health. Their mode of removal also differs depending upon their particular type as well.

Mold belong to kingdom fungi and loves damp places. It is darker in color like the shades of green and black. Mold has a stronger and pungent smell that distinguishes it from mildew. This is because as it grows it gives off microbial volatile compounds (MVOC) that have pungent smell. Mold does not grow on the surface, rather it loves to remain insidious and burrows under the surface which is the major reason why they are difficult to detect and remove. Prolonged exposure to mold can cause serious health issues such as sneezing, skin irritation, respiratory problems, pneumonia, asthma, migraines, heart problems and many other serious health issues.

Mildew belongs to Kingdom Fungi in classification and is often lighter in color, i.e., white or gray and it grows on the surfaces. It is also hairy due to its hyphae. It has mild and musty smell which is less pungent than mold. 62-93% humidity is ideal for the growth of mildew and it is conveniently found in shower stalls and window sills. Due to its surface growth, it is easy to spot and can be removed without much difficulty. Mildew if grown for longer unidentified can cause coughing, headache, sore throat and respiratory issues. 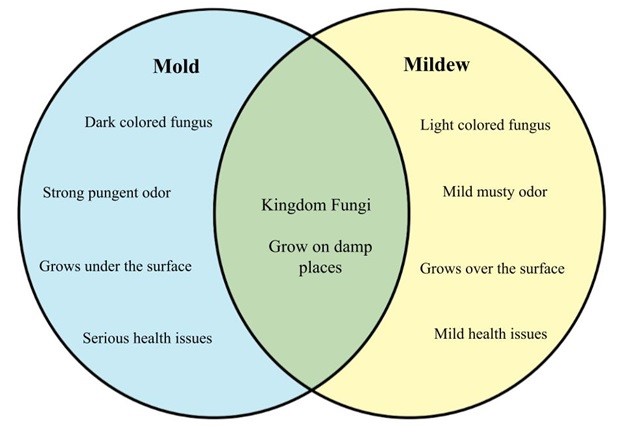