Difference between Prayer and Supplication

Sometimes people refer prayer and supplication as being the same. But actually both terms mean different things and have different procedures and purposes. Prayer is known to be a communication bridge between God and people while supplication is basically asking for favors which involves more emotions and even some kneeling down or other physical way of doing so. Both terms are closely related to each other as both are meant for reverence and invocation to God. Let us discuss their differences.

Prayer is a form of communication between people and God. It has the purpose of praising Him, asking for favors and thanks giving. It is characterized by using the epithets of God by heaping the praise on the various qualities and power of God. People tends to thank Him for all the favors and blessings He has bestowed upon us. Prayer is done on the regular basis and it is believed that repetition brings more power to it.

Supplication is a form of worshiping God, usually done by kneeling down  in order to make a humble petition to God. In supplication, there is always a request made to the God. There is no need of mentioning the epithets of God in supplication, it is a humble request that is personally and emotionally made to God. Supplication is requesting humbly for favors and blessings. 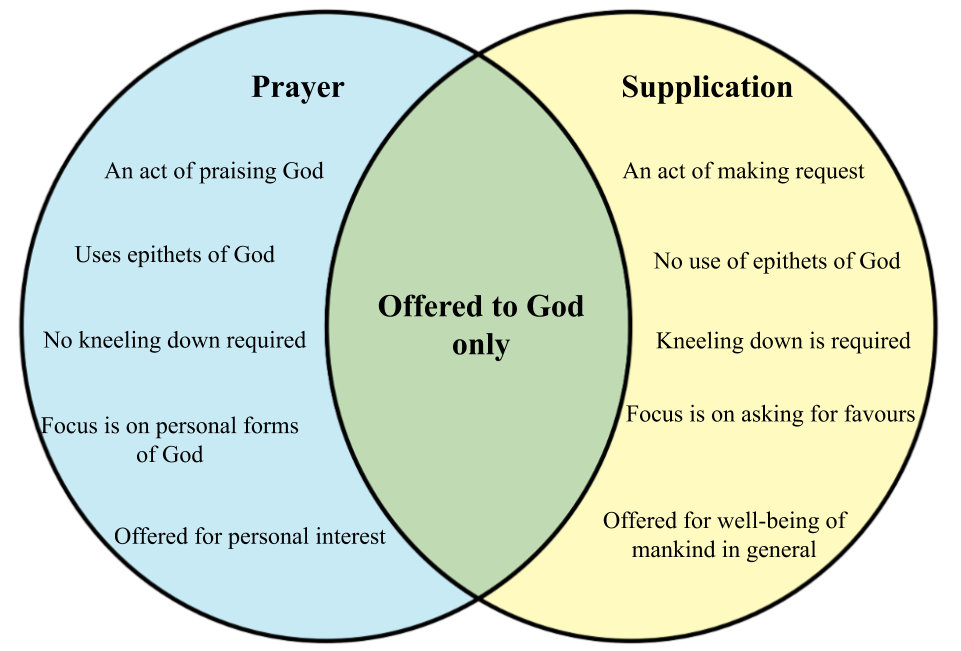