Difference between SEALs and Marines

We've always been fascinated by SEALs and marines, their trials and tribulations, and their triumph at the end of it all. Though US Navy SEALs and US Marines have garnered significant prominence in pop culture as they've been often portrayed by our favorite stars in Hollywood movies, none of us seem to know what distinguishes them from each other.

US Navy SEALs are an exclusive unit in comparison to the marines. To get enlisted as a Navy SEAL is excruciatingly hard as the basic training for a Navy seal is 12 months compared to 11 weeks, for a Marine. It is this extensive training that enables them to perform challenging and intricate missions like counter-terrorism and special reconnaissance. Hence Navy SEALs form the Special operations force of the US Navy as they are usually deployed to perform specific missions, requiring a certain degree of finesse, in an often-covert way. But it's no mean feat to be a Marine either.

Marines are the tip of the spear of the US army, trained to be tough, and to fight as inseparable groups employing brute force to nullify the enemy. They are capable of fighting the enemy on land, air and water, employing armored vehicles, choppers and aircrafts.

Though both units work in groups, a Navy SEAL can operate individually if such a situation arises. Another aspect that sets the SEALs apart from the marines is the fact that they are well trained to work underwater as well. 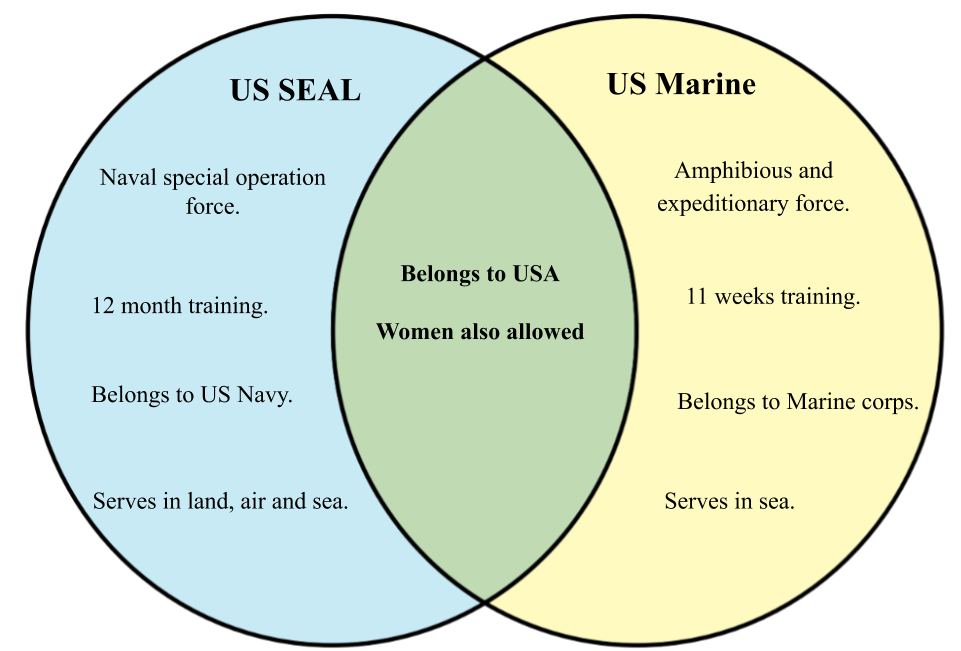