Difference between Scorpion and Alacran 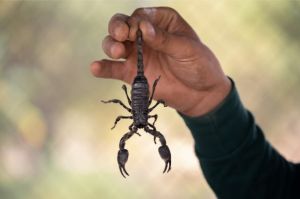 Scorpion and alacran are basically the same animal.

The scorpion is a predatory arachnid from the order Scorpiones. Scorpions are characterized by their eight legs, grasping pedipalps (pincers), and a segmented and often curved tail. Scorpions are feared because of their venomous stingers, located on their tails. The word comes from latin scorpio and is usually used to refer to the non-poisonous variety in Latin America, while it is a general term for the order in the United States.

The alacran is an old term that comes from the Arabic word al'aqrá. Alacran is a broad word that refers to different species in Latin America, usually reserved for the poisonous varieties. In some areas in Spain, it is also used to refer to bugs or insects that have similar characteristics. Some sources cite the alacran as a particular kind of scorpion - specifically, those who come from the family Typhlochactidae which serves as the only subfamily of the Alacraninae. This family of scorpions is endemic to eastern Mexico. 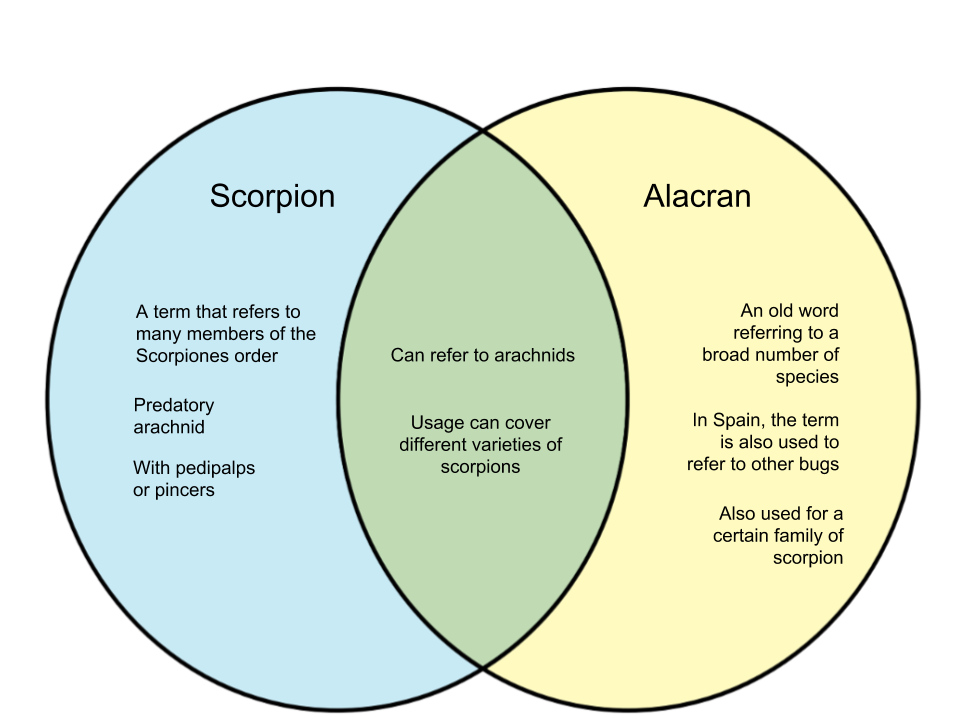