Difference between Scorpion and Crab. 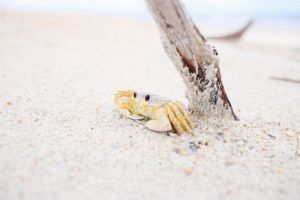 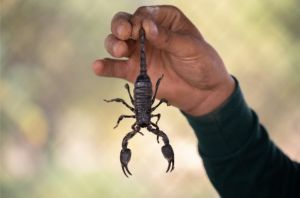 Scorpions and crabs both belong to the animal kingdom, in the arthropoda phylum. Despite of having obvious differences both have a few similarities as well. Arthropods are invertebrate animals that have an exoskeleton, segmented body and paired jointed appendages.

Scorpions are predatory arachnids with 4 pairs of legs. They have a narrow-segmented tail which curves forward over their backs, having a venomous sting at the end. They are known to have adapted to a wide range of environmental conditions which makes them successful invertebrates. Proof of this, is that they can be found in every continent, except for the Antarctica. The sting they have in their tales is venomous. Most species poison is proved to be fatal for humans. Actually, about 25 species are known to have venom that can kill a man.

Scorpions eat small insects, but they can prey on spiders and woodlice as well. Scorpions show sexual reproduction with exception of a few species that undergo parthenogenesis. Blue-green colored florescence is released by their bodies when exposed to certain light.

Crabs are decapod crustaceans which have short projecting tails hidden under their thorax. Their bodies are covered with a thick exoskeleton which is made up of chitin. They are adapted to live in all water bodies, including oceans and freshwater. They can survive on land as well. Male and female crabs have obvious sexual dimorphism that can be specially perceived in their abdomen and claws. Crabs have sexual reproduction in which internal fertilization takes place. Crabs are consumed by humans as a food source in the form of roasting, frying and grilling etc. 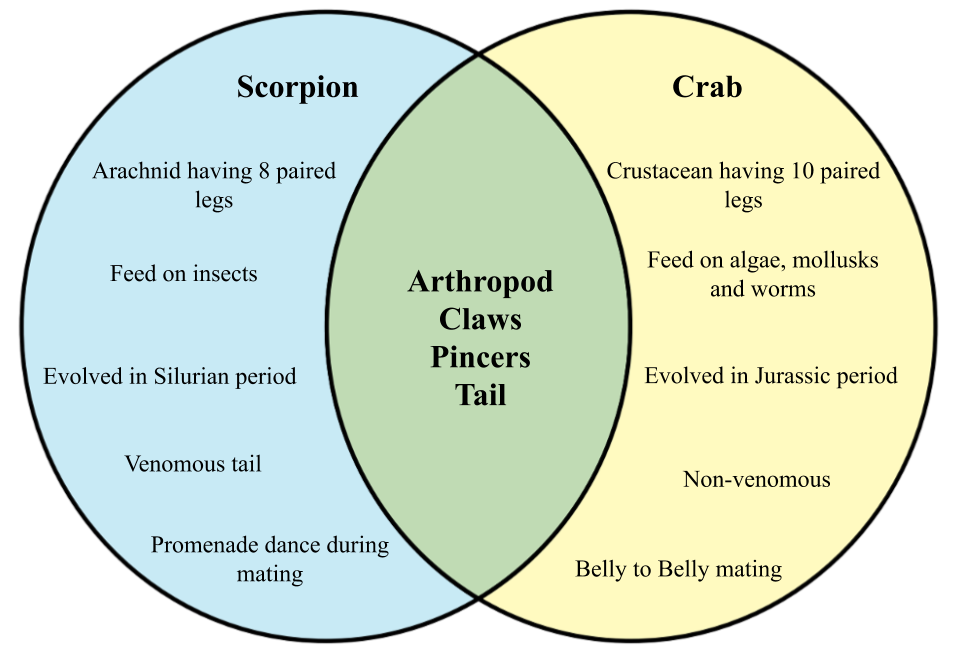