Difference between Speed and Velocity 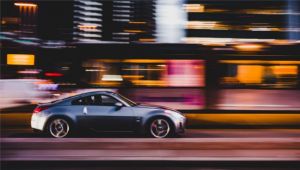 Speed and velocity seem very similar concepts, however they are very different from each other

It’s a scalar quantity which refers how fast an object is moving. Speed is the distance traveled per unit of time. It does not have any direction. Higher speed means and object is moving faster. There are different types of speed namely uniform speed, variable speed, average speed and instantaneous speed rotational speed and tangential speed.

Velocity is mainly a vector quantity and it is the rate and direction of an object movement. Velocity can be positive or negative and sometimes also zero. There are various types of velocity including average velocity, instantaneous velocity etc. initial velocity in dictated how fast an object travels when gravity first applies force in the object while final velocity measures the speed and direction of a moving object after it has reached its maximum acceleration. Average velocity is defined as change in position divided by the time traveled.