Difference between Tortilla and Roti 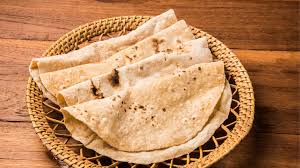 roti is native to india. 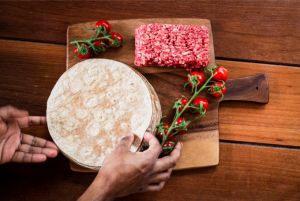 Tortillas, on the other hand, are native to Mexico.

Our various cultures and their generations have constantly produced different creations for necessity and leisure, and that includes food. The tortilla and roti are so similar in form and process that they are often mistaken for each other. Here are the differences between the tortilla and roti.

The tortilla is either a Spanish or Mexican food. As Spanish food, it is an egg-based dish mixed with potatoes, onion and other ingredients, resembling an omelette. Meanwhile, Mexican tortillas are primarily made with corn (maize) or wheat and is a kind of unleavened flatbread. This type of tortilla is the one commonly confused with roti. These tortillas, depending on whether they are corn or wheat, are used to wrap tacos or burritos.

The roti is an Indian food and is closely related to the chapati. It is primarily made with whole wheat flour  that is mixed with water at room temperature. Normally plain, unrefined wheat flour and water are the only ingredients, but sometimes oil is also added. Roti is also kneaded at a lower gluten development than tortillas, making them more prone to breakage when wrapping. This is because rather than wrapping, roti are typically eaten by tearing off the pieces and making a pocket to be filled with a liquid meal.

To avoid further confusion, our venn diagram below will be comparing the Mexican tortilla and roti, seeing as the flatbread version of the tortilla is more commonly confused with the Indian dish. 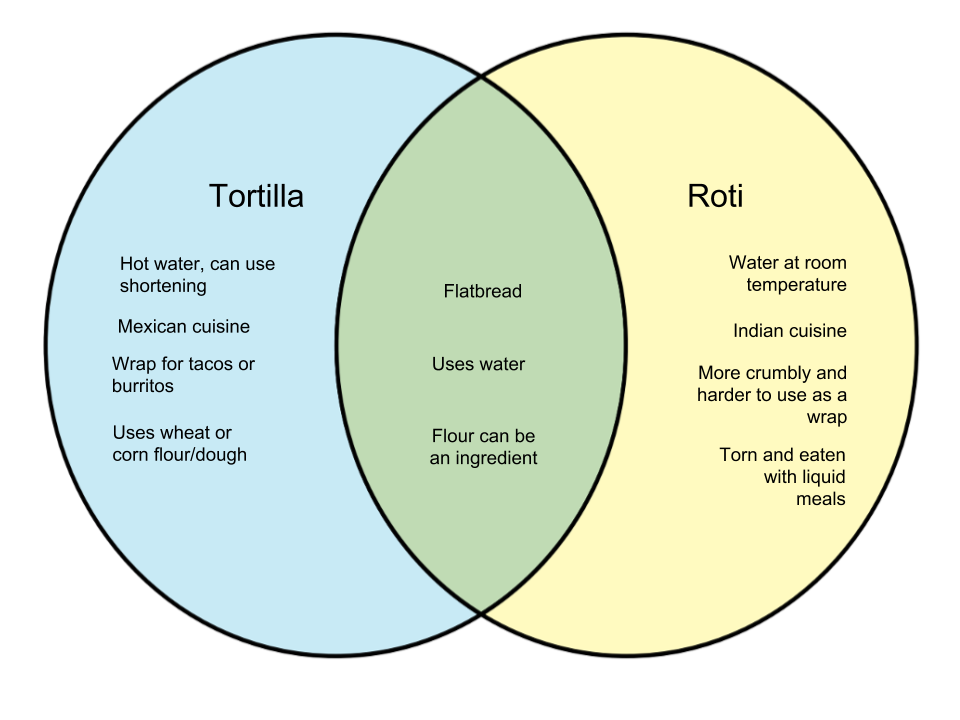