Difference between Ultrasound and Sonogram

Error creating thumbnail: File with dimensions greater than 12.5 MP
Are a sonogram and an ultrasound the same?

There cannot be anything as confusing as medical terminology in this world. So much so that common folks tend to think that it is an alien language, spoken exclusively by doctors. The very sound of those terms in itself can incite a queasy feeling within us. But there are certain terms that have made their way into our list of everyday go-to medical terms, such as MRI, EEG, ECG, Ultrasound and Sonogram. Despite knowing the ballpark in which they function, we all are seemingly unaware of the differences between them. A frequently cited example is that of Ultrasound and Sonogram.

All we know about them is that they are techniques that enables parents to monitor the fetus in the womb. But there are some basic differences between them which are often easily overlooked. To put it simply, Sonogram is the image, Ultrasound is the process. The former is the result, the latter is the cause.

Ultrasound is a process where high frequency sound waves (more than 20 kHz), inaudible to the human ear, are used for a variety of purposes, of which Sonogram is just one. The image generated, i.e. Sonogram, can be used to monitor the fetus, identify tumors and blocks in the human body along with several other diagnostic purposes. But Ultrasound, apart from the generation of a Sonogram, can also be used in ensuring the uniformity of liquids and determining water depth. 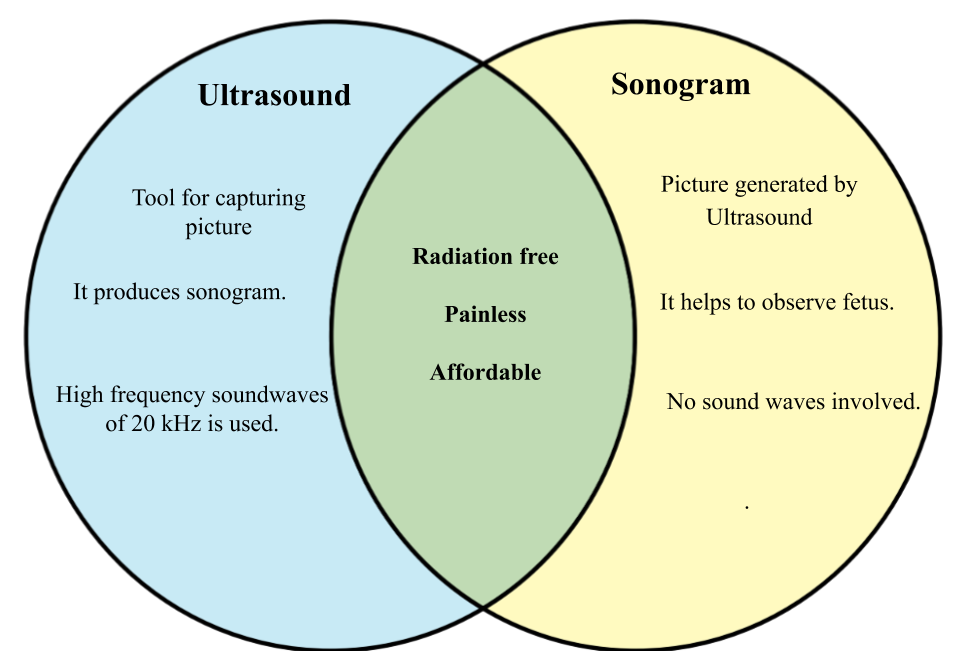