Difference between a Cold and the Flu 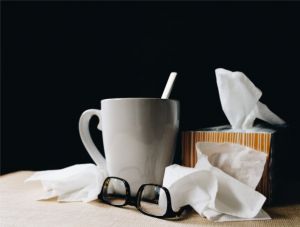 Both conditions have very alike symptoms.

The common cold in itself can be a concern, what with the interruptions and discomfort that the coughs and sniffles can bring. However, another cause of worry is the possibility that what you have is not a cold, but a flu. How can we distinguish between a flu and cold? Here are some insights.

The common cold, or commonly referred to as the cold, is an infectious disease affecting the upper respiratory tract. Its cause is a virus. Symptoms of a cold include a runny nose, coughing, sore throat, headaches, body aches, tiredness, sneezing, and occasionally a fever. Colds typically show about 2-3 days after acquiring the virus, and are contagious. A typical cold can  disappear in less than a week, but can also stay for as long as three weeks in some cases. Those with full flu symptoms may suffer from a dry, hacking cough, shaking chills, severe aches, nausea, and vomiting. A cold can occur to anyone in almost any time of the year, but is more common during the colder seasons. Cold symptoms are generally weaker or less serious than that of flu.

Influenza or flu is also caused by a virus and affects the upper respiratory tract. Unlike the cold, the flu is a generally seasonal sickness, often arising from fall till to spring but more prevalent in winter. Flu is caused by influenza viruses and active strains tend to appear every year. Vaccines have been developed over time to counteract or prevent influenza. The symptoms of a flu are similar to that of a cold. However, while cold symptoms appear gradually, those of influenza come abruptly and tend to be more severe. Fevers are more common in flu, and the sickness has the risk of progressing to more serious ailments like pneumonia. It is also riskier for children, the elderly, pregnant women, and people with a weak immune system.

It is difficult to distinguish between a flu and cold with just taking note of their symptoms, and this, tests can be made on the early onset of the sickness to identify it. Another thing to note is that those who suffer colds are more likely to have a runny or stuffy nose, and that their symptoms are less severe. 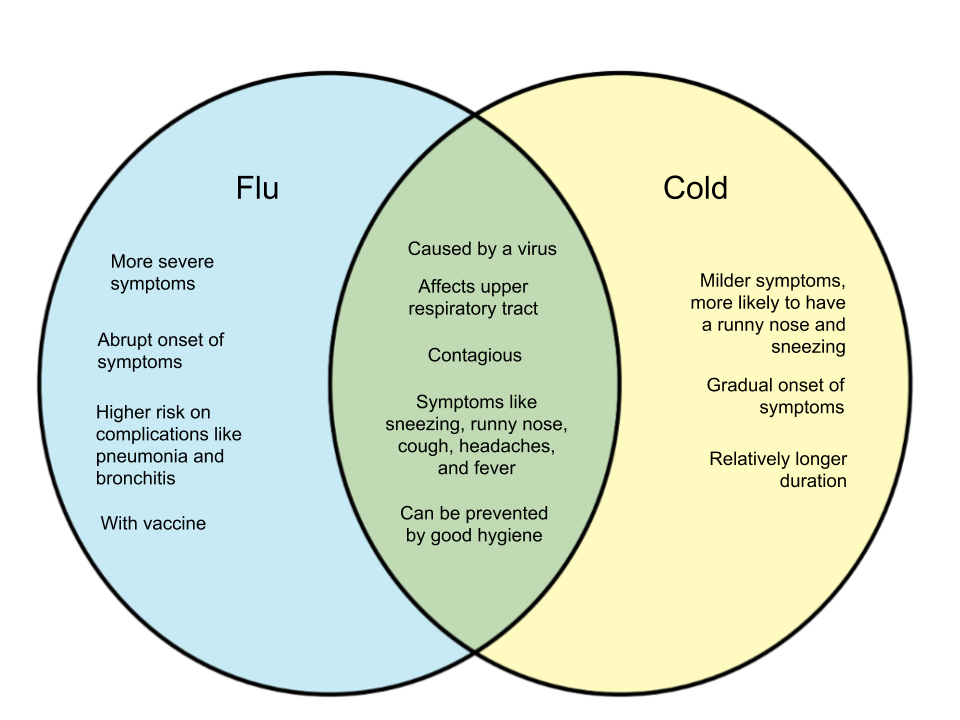