Differences between Astronomy and Astrology 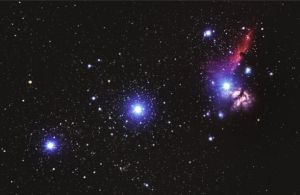 What are the differences between Astronomy and Astrology?

Both astronomy and astrology are study fields that on the outside might seem similar; nevertheless, they are very different. Hundreds of years ago, they functioned together; astronomy was actually a consequence of astrology. Nowadays, astronomy is considered one of the most important sciences. In contrast, astrology has been left, according to some people, only for the ignorant and the hucksters. Both study stars and celestial bodies; however, astrology interprets their movements and positions as if they had influence over human affairs. Astronomy studies movements, phenomena and everything that’s outside of the Earth’s atmosphere from a scientific and academic approach.