Similarities Between Christianity and Judaism 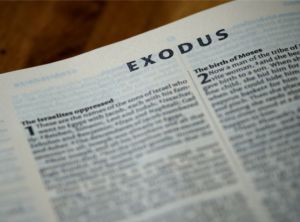 It is the largest religion in the world. Christianity believes in one God and the Holy Trinity. Christians believe in Jesus Christ as the Messiah who sacrificed his life to save mankind from their sins. Other religious figures in the religion include the Blessed Virgin Mary and the saints. Although these figures do exist, Christians pay respect to God through adoration while Mary and the saints are only venerated. Christians read the Holy Bible and practice sacraments like baptism, communion, and confirmation.

It is one of the world’s major religions It is also one of the oldest religions that continue to exist to this day. Jews believe in one God that they call Yahweh or Jehovah, but they do not perceive Jesus Christ as the Son of God. They believe in a covenant relationship with God. As God continues his works and blessings, Jews play their part by keeping his laws and maintaining holiness in their words and actions. It is a religion based on community and many prayers and activities are practiced as one.

Listed below are the similarities between Christianity and Judaism.

Monotheism is the belief that there is only one God. Both religions believe in only one God and Creator, which separates them from other religions that believe in many deities and religious figures as God.

Both Christianity and Judaism acknowledge the existence of the Holy Spirit, although the interpretations do differ. Christianity sees it as the third person in the Holy Trinity, while Judaism perceives it as a form of divine power given to the prophets.

Both religions originate from Palestine. Christianity is said to be derived from Judaism, especially because of Second Temple Judaism. Greek, Aramaic, and Hebrew were the initial major languages used in the religions.

Both believe in the concept of a trinity. Christians believe in the Father, the Son, and the Holy Spirit. On the other hand, Judaism believes in God, People, and Israel.