Similarities between Christianity and Islam 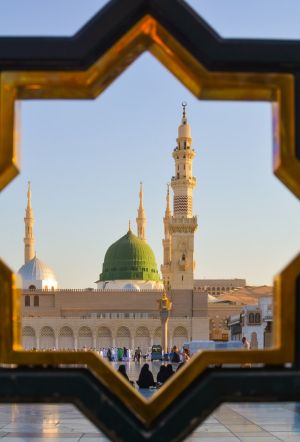 It is the largest religion in the world. Christianity believes in one God and the Holy Trinity. Christians believe in Jesus Christ as the Messiah who sacrificed his life to save mankind from their sins. Other religious figures in the religion include the Blessed Virgin Mary and the saints. Although these figures do exist, Christians pay respect to God through adoration. On the other hand, Mary and the saints are only venerated. Christians read the Holy Bible and practice sacraments like baptism, communion, and confirmation.

It is the second largest religion in the world. It is a monotheistic religion revealed through the prophet Muhammad. Muslims believe in a single One True God called Allah and their primary scripture is the Quran. The Quran is believed to be final, unaltered revelation of Allah. Additionally, religious lifestyle revolves around the Five Pillars (obligatory actions of worship) and the Islamic law, sharia. Islam is currently the fastest-growing religion in the world.

These are the biggest similarities between two of the world’s largest religions.

Both religions are monotheistic in nature, thus they believe in a single God whom they worship. They are also classified as Abrahamic religions that believe in being descendants of Abraham. 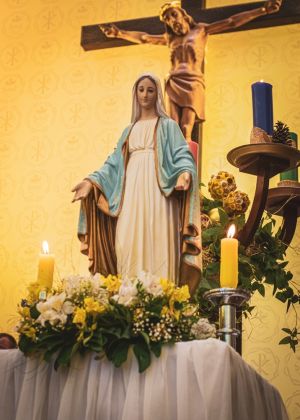 Both believe in the existence of Jesus and Mary, although interpretations do differ. Christians see Jesus as the Messiah and the son of God. Muslims perceive Jesus as the Al-Masih or Messiah who guided the Children of Israel through a new revelation. Mary is seen in both religions as a pure and holy woman who conceived Jesus as a virgin, although with different accounts and interpretations on the story.

Both religions originated in the Middle East a long time ago. Christianity was born in the 1st century CE from Second Temple Judaism. Islam was developed in 7th century CE based on the teaching of Muhammad.

Christians read the Holy Bible or the Christian Bible. It is divided into the Old Testament, New Testament, as well as the Acts of the Apostles. On the other hand, Muslims read the Quran (also spelled Koran) which is believed to be the unaltered revelation of Allah. Muslims do, however, believe in the Gospels as revelations sent by God. Both holy books contain accounts on the life of Jesus.

Islam and Christianity acknowledge the existence of the Holy Spirit. In Christianity, it is part of the Holy Trinity. In Islam, it is one that appeared before Mohammed to give him the Quranic texts.

The two are major religions that collectively take up more than half of the human population. Christianity is made up of 2.4 billion followers and Islam has about 1.8 billion.