Similarities between WWI and WWII 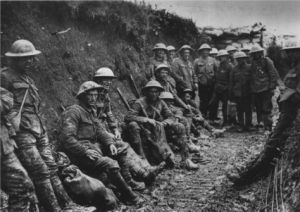 A lot of wars were fought during the 20th century. However, there are a couple of them who are thought to be bigger, or at least more famous than the others; World War 1 (First World War, WWI or WW1), which was fought from 1914 to 1918 and World War 2 (also known as Second World War, WW2 or WWII), which took place between 1939 and 1945. They both involved many of the most powerful armies in the world, also, there were alliances made between them. 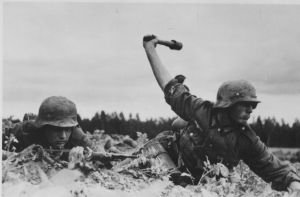 As for WWI, it took place in Europe. It was a confrontation between two groups, the Allies versus the Central Powers. The Allies were constituted by France, the United Kingdom, Italy, Japan and the Russian Empire. The United States, they became part of the Allies form 1817. As for the Central Powers, this group was constituted by Germany, Austria-Hungary, Bulgaria and the Ottoman Empire. WWII on the other hand 2 was a confrontation between the Axis (Germany, Italy and Japan) and the Allies (France, Britain, the United States, the Soviet Union and China). This war is remembered mostly because of the genocide that the Jewish people suffered. This genocide was perpetrated by the Nazis. 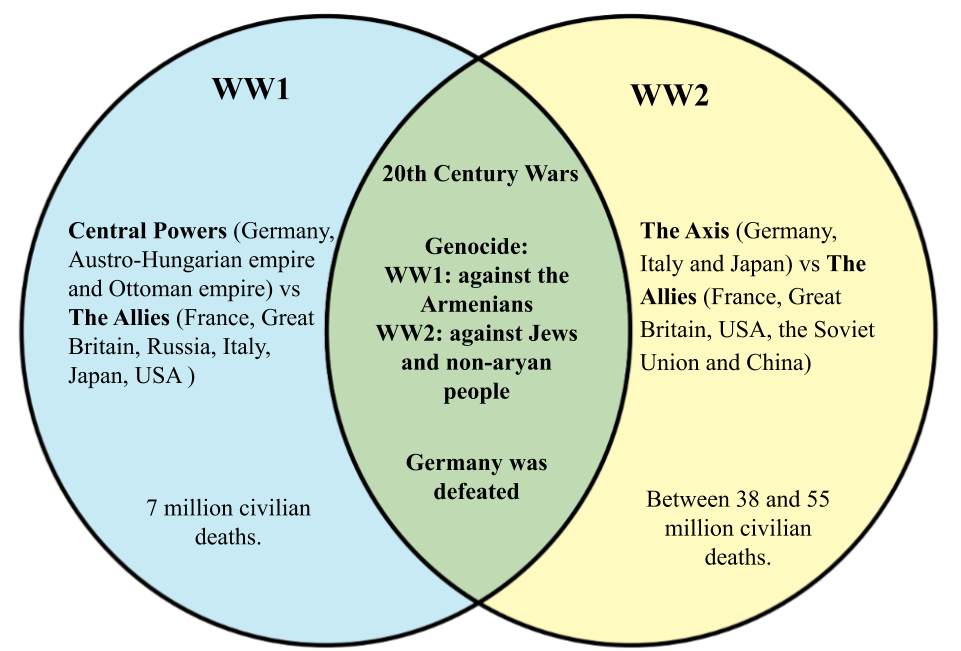