What Is Scotland’s Currency? 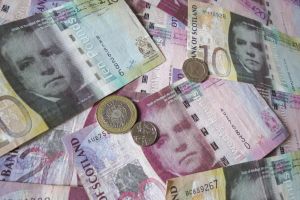 Scotland is a country that spans the northern third of Great Britain. The country, who is a part of the United Kingdom, shares a border with England. In this article, we will discuss Scotland’s currency.

Scotland’s currency is the pound sterling, also known as the British pound by some people. This is the same currency as the rest of the United Kingdom. For more clarity, this is also the currency that uses the symbol “￡” or “GBP.”

Other than the more universal sterling, Scotland banks also issue Scottish banknotes as well as Sterling banknotes. There are three major banks in Scotland that issue differently decorated notes that are usable anywhere in Scotland. Spending Scottish banknotes outside like in England, however, may prove more difficult. Thus, it is recommended to use the more flexible pound sterling or simply use a credit card. English notes are also usable in Scotland.

These are banknotes of the pound sterling that are issued by Scottish banks under the Bank Charter 1844, the Banknotes (Scotland) Act of 1845, Currency and Bank Notes Act 1928, and Coinage Act 1971. These notes are issued by retail banks rather than central ones and are not in technicality legal tender anywhere, even in Scotland. These notes are better identified as promissory notes.

These banknotes are circulated in the United Kingdom and other related territories and are denominated in pounds sterling “￡” or the ISO code “GBP.” The same banks - Clydesdale Bank, Bank of Scotland, and Royal Bank of Scotland, are authorized to issue sterling banknotes. Acceptance of these notes are generally open throughout the territory, but may also depend on the understanding and experience of individual retailers.